Home » Dealing With A Racist Or Sexist Boss 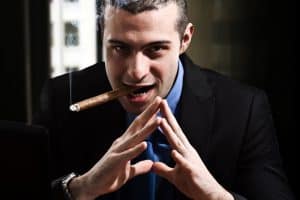 The battle to eliminate racism, sexism and multiple other ‘isms’ in the workplace has been an ongoing effort for decades.  As perhaps with all social change, it’s been a long and painful process, but the good news is that an awful lot of progress has been made.  While workplace ‘isms’ used to be one of those things people were just supposed to accept, it is now the exception.  In most developed countries, it is nearly universally considered inappropriate.

Unfortunately, however, there are still individuals out there who are either unable or unwilling to change their thinking and their corresponding behavior.  When these people are in a workplace that doesn’t have aggressive policies in place to address this behavior, it can make for a very uncomfortable working environment.  It’s a particularly difficult situation when the person with the inappropriate behavior happens to be your boss.  Who do you turn to?  What do you do?  What do you say?

For starters, understand that this type of behavior is simply unacceptable – regardless of circumstances.  It is not something that you should be expected to tolerate, even if others appear to accept it.  You need to take action – because if you don’t, you’re tacitly giving your permission for the behavior to continue.  The best way to deal with it is to be absolutely firm, but not confrontational.  Here are the steps:

You may not be able to change somebody’s upbringing or beliefs, but it can sometimes help to appeal to someone’s respect for you on a more personal level.  The manner in which you approach this is critical.  You don’t want to just run headlong into your boss’s office demanding that he (she) become more sensitive.  Nor do you want to scold him.  Those approaches will just get his back up, serve no useful purpose, and certainly won’t end the behavior.  This is a good opportunity to use a good-stuff/bad-stuff combo.

Begin with a positive – a genuine, sincere, positive comment about the boss or your job. i.e. (good stuff) “Hey Boss, I really enjoy your sense of humor – you keep the team in good spirits, particularly when things get stressful.” Follow this with your concern, i.e. (bad stuff)  “Um, this is kind of an awkward topic, but I was wondering if I could ask a favor. When you make those comments about —, it really makes me uncomfortable. I was wondering if I could ask you to not do that while I’m around.”

More often than you might think, a boss, not really realizing he’s been offending people, will quickly adjust his behavior.  It can be an uncomfortable conversation to initiate, but the outcome can be exceedingly positive.  The effort is worthwhile for two reasons:  First, it can stop the offending behavior; and second, it can help educate someone as to more appropriate workplace etiquette.

Needless to say, this approach won’t work with everyone. With those bosses who simply ignore your non-confrontational attempts, you have no choice but to escalate the issue to a greater authority – whether it be your boss’s boss, the company’s Human Resource department, or an appropriate government agency. Don’t be afraid to take things to the next level.  It’s not easy being a “whistle blower” or a “trouble maker,” but the only other options are to either accept the behavior or quit your job and move to another company. Neither of those are fun either.

This type of action is really only appropriate if there is a pattern of racist or sexist behaviour with your the boss.  If it’s a rare random comment, or an attempt at humor that is otherwise out of his character, give him the benefit of the doubt.  After all, we all say stupid things from time to time.

5 Principles for Creating an Awesome Team

Do You Have an Outward Focus

How to Deal with Negative Coworkers